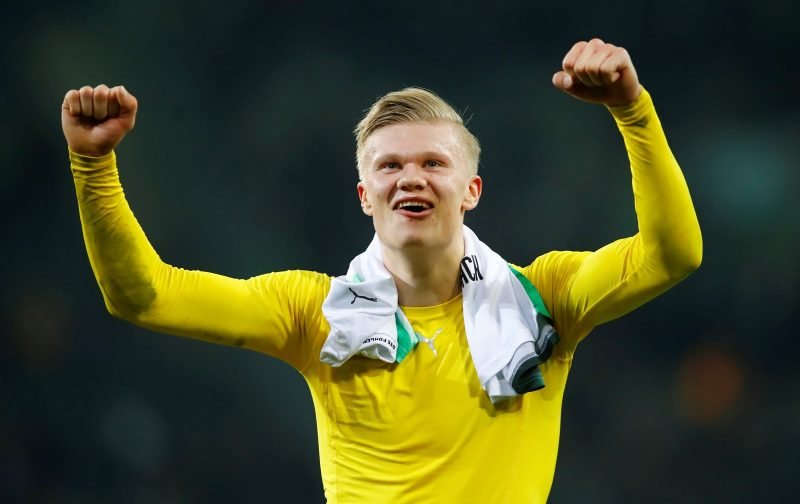 The emergence of the Norwegian striker, Erling Haaland, as a household name has been nothing short of remarkable.

Aged just 19. Haaland has already made a big-money move to a top European club, joining the Bundesliga side, Borussia Dortmund.

However, like ourselves, you may have been privy to media speculation implying that Haaland’s stay at Borussia Dortmund may be set to come to a premature end with a summer move on the cards with, along with a host of other clubs, Manchester United being implied as a possible destination.

Such hopes were based upon an apparent release clause, in his current contract, of a mere €75 million.

Unfortunately, things are not quite as straight forward as that.

The The Standard is reporting that low price does not become effective until 2022.

With that being the case if Borussia Dortmund are the recipients of transfer enquiries for the player then they are free to ask whatever astronomical price they want.

This, to me, implies Haaland will be going nowhere until at least 2022!