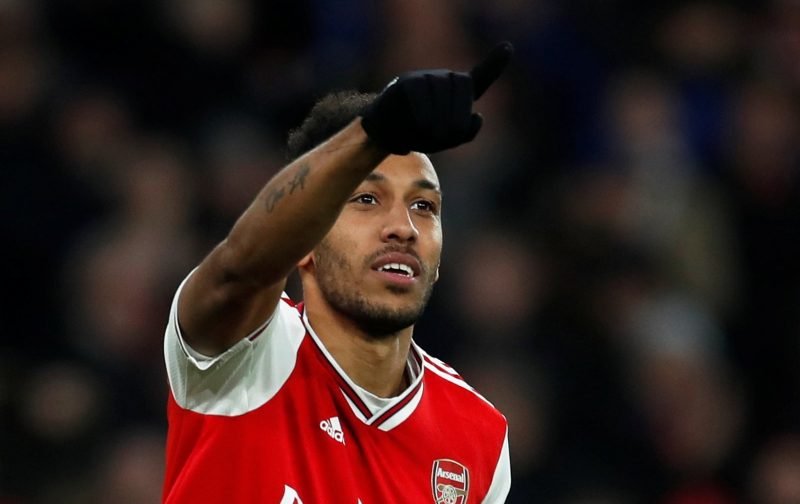 It was something we covered on the following article – manchester-united-linked-with-30-goal-a-season-striker-but-have-fierce-competition-for-his-signature – when the speculation emerged, here at Vital Manchester United, we encouraged such a move believing that the addition of an out-and-out goal scorer was something that Manchester United needed.

Unfortunately, today, it appears that Manchester United may lose out to the Spanish giants, Real Madrid when it comes to a possible deal.

The mainstream media source, The Daily Star reports that the Spanish club are looking to do a cash-plus-player deal, with Arsenal, for the striker with the player they’re hoping to trade being Dani Ceballos, who has been on loan at the Emirates Stadium this season.

But all may not be lost as far as Manchester United’s hopes of signing Aubameyang go.

Our referenced source states that when it comes to signing a striker, Real Madrid’s main targets are Harry Kane and Erling Haaland.

While the prospect of joining Real Madrid may appeal to Aubameyang could Manchester United benefit due to the fact the striker is, apparently, only third choice on Real’s wish-list?

Also, we have to hope that if Arsenal are resigned to losing their star striker maybe, just maybe, they’d prefer a straight cash deal, something Manchester United could offer.

I believe that this potential deal still has a lot of mileage left in it and there could be many twists and turns before a conclusion is reached.

Here at Vital Manchester United, we’ll endeavour to keep an eye out for any further developments and report back as deemed necessary.