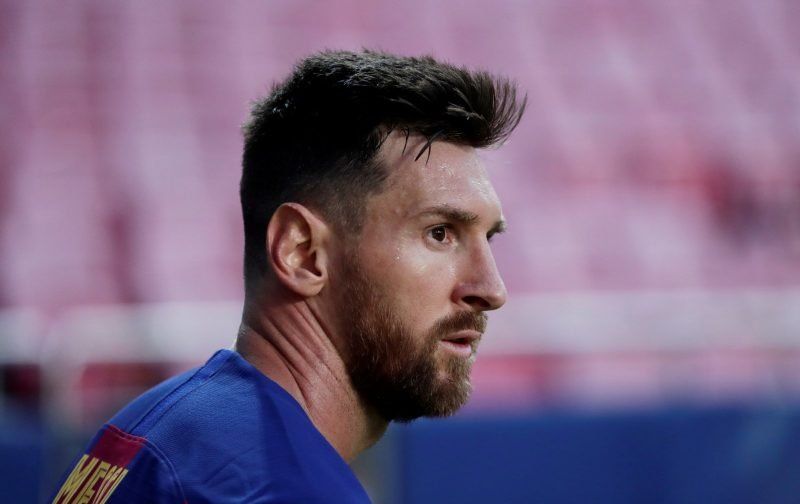 All summer, here at Vital Manchester United, we have been covering the prospects of Jadon Sancho becoming a big money arrival at Old Trafford.

But could Manchester United, in the coming weeks, with the Sancho deal fading, spring the biggest deal of many a summer transfer window?

The news has broken, overnight, as confirmed by The BBC that the Argentine superstar, Lionel Messi, has handed in a transfer request, at Barcelona.

Furthermore, according to The Sport, Manchester United, along with Paris St-Germain, are identified as possible destinations for the 33-year-old.

Perhaps any chance of Manchester United signing the superstar depends on a clause on his contract that implied that Messi could leave the Nou Camp, on a free transfer.

Unfortunately, this clause is now being disputed, Barcelona are saying it expired in June while Messi is arguing that due to the season being extended courtesy of the pandemic, the clause should be extended.

If Messi is available on a free transfer, then his wages would be astronomical but that could clearly be offset by revenue streams available from merchandising.

It would be a bold move to sign Lionel Messi but a move that would signal our intent to climb back to the pinnacle of the European game.

But what are your views on any possible deal?

Please feel free to drop a line in the comment facility beneath this article.