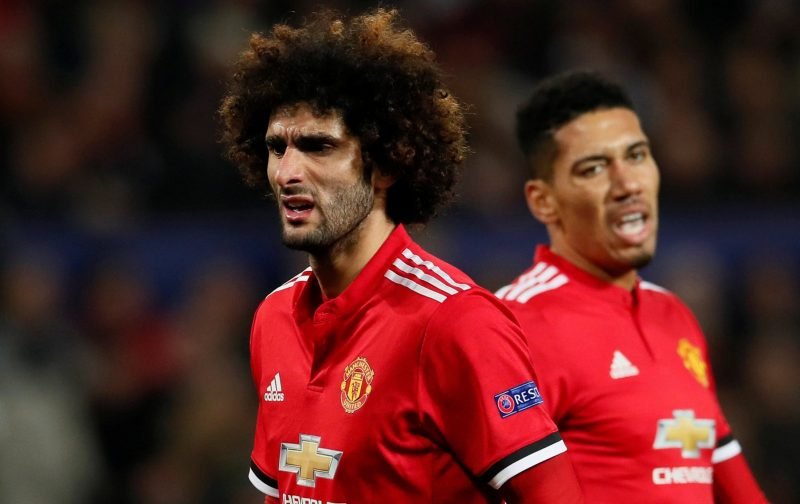 During Arsene Wenger’s time in charge of Arsenal, there have been some feisty encounters between the two clubs.

One occasion saw food being thrown over Sir Alex Ferguson whilst another saw a 19-man brawl that resulted in both sides being deducted points.

This encounter was nothing like the old-days but it did have a rip-roaring ending.

Manchester United looked to be well on the way to victory when Paul Pogba gave them a first-half lead but Arsenal, to their credit, battled back and equalised through Henrikh Mkhitaryan, who was part of the deal that brought Alexis Sanchez to Old Trafford.

With it looking as if the game was going to end with the spoils of war shared, up popped Marouane Fellaini to produce a deft header to beat Ospina in the Arsenal goal, in the ninety-first minute, cue pandemonium all around the ground, apart from in the Arsenal section of the ground and on the Arsenal bench.