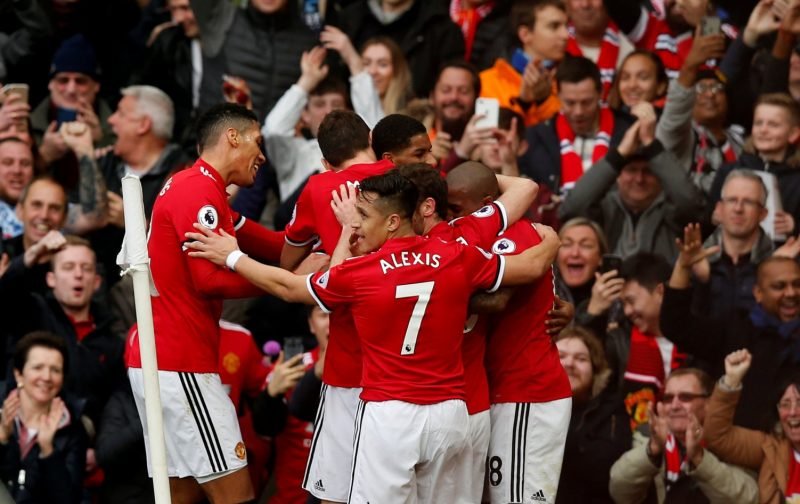 A victory, against Arsenal, at Old Trafford, ensured Manchester United will finish in the top-four, in the Premier League, this season.

But Manchester United had to wait to late in the game for the victory to be earned.

With Arsene Wenger, after 22-years in charge of Arsenal, bringing his side to Old Trafford for the last time, the Frenchman could only look on in anguish as Manchester United opened the scoring in the 16th minute.

The goal came about after a header from Alexis Sanchez was diverted on to the post by Hector Bellerin only for Paul Pogba to steer the rebound home.

The goal should have signalled an onslaught from Manchester United against an Arsenal side that had yet to win away from home, in the Premier League, in 2018.

But Arsenal battled away and were rewarded for their endeavour when the former Manchester United midfielder, Henrikh Mkhitaryan, was on hand to equalise with a shot that went through the legs of Victor Lindelof and beat David de Gea in the Manchester United goal.

The game looked to be heading towards a draw until Jose Mourinho introduced Marouane Fellaini.

With the high ball being deployed into the area, the Old Trafford faithful thought they’d snatched the winner when a Fellaini header smacked against the post and was turned into the net by Marcus Rashford.

Unfortunately, that wasn’t the case as Rashford was clearly in an offside position and the offside flag was duly raised.

But, Manchester United’s perseverance was to be rewarded when, in stoppage time, a cross from Ashley Young was, once again, met by the head of Fellaini who acrobatically headed the ball past the despairing dive of David Ospina, in the Arsenal goal.