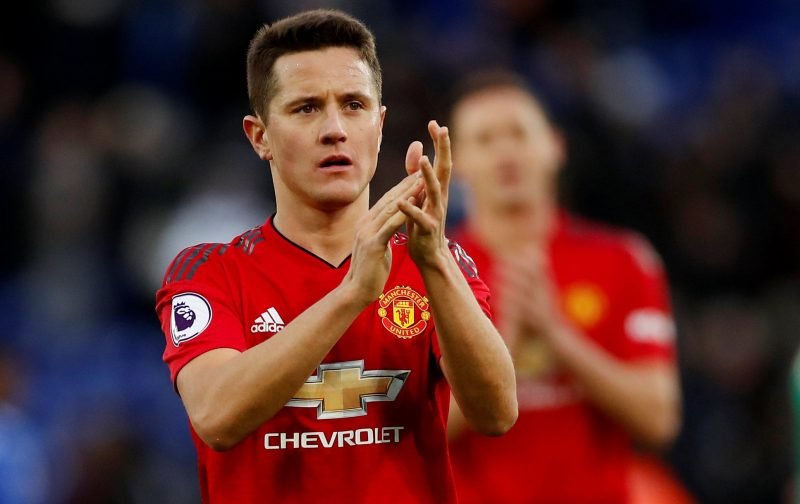 The end of the 2018 / 2019 season will see a player leave Old Trafford who, since arriving, has given the club loyal service.

This player is one of the rare breed that never fails to give his utmost and can be relied upon to his duty.

His name is Ander Herrera.

At 29-years-of-age the Spaniard has opted to move to pastures new.

With his contract expiring in June and with the club not having come to an agreement with the Spanish international, Herrera is able to leave on a free transfer.

His destination, according to the news source, the Daily Mail, the romantic city of Paris with Herrera having reached an agreement with the La Ligue club to play for them next season.

In fact, the only aspect of the deal that, according to our referenced source, hasn’t been agreed yet, is the length of the contract.

With Manchester United having just three games of the season left, Chelsea (h), Huddersfield Town (a) and Cardiff City (h), hopefully, the Manchester United supporters will get the chance to bid farewell to the player with Ole Gunnar Solksjaer playing him one final time.