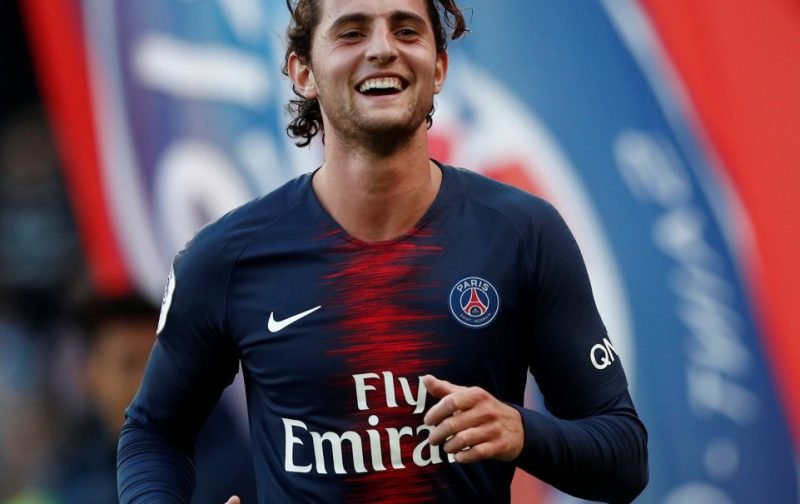 Like we may have mentioned before, it is an age until the summer transfer window opens.

But, on a daily basis, speculation appears in the media linking Manchester United with the acquisition of players.

The latest player, according to the red-top news source, the Sun, is the Paris Saint-Germain midfielder, Adrien Rabiot.

However, if Rabiot is to become a member of the squad, Manchester United will need to head-off some serious competition for his signature with our referenced source reporting that Barcelona, Arsenal and Tottenham Hotspur are all interested in acquiring his services.

Rabiot is currently out of favour at Paris Saint-Germain and out of contract at the end of this season.

The 23-year-old hasn’t featured for Paris Saint-Germain since the Champions League tie in Paris, against Ole Gunnar Solksjaers’ side, after a visit to a nightclub which earned him a ban until the end of March.

An established French international, Rabiot would be a welcome addition to the Manchester United squad but the big debate is whether the club can secure his services in the face of such stiff opposition.

Here at Vital Manchester United, we’ll do our utmost to keep abreast of any further developments and report back as deemed necessary.

United Given A Hard Route To Champions League Final Glory