Fred Needs More Time Before United Reap The Benefit Of His Talents But Will He Get It? 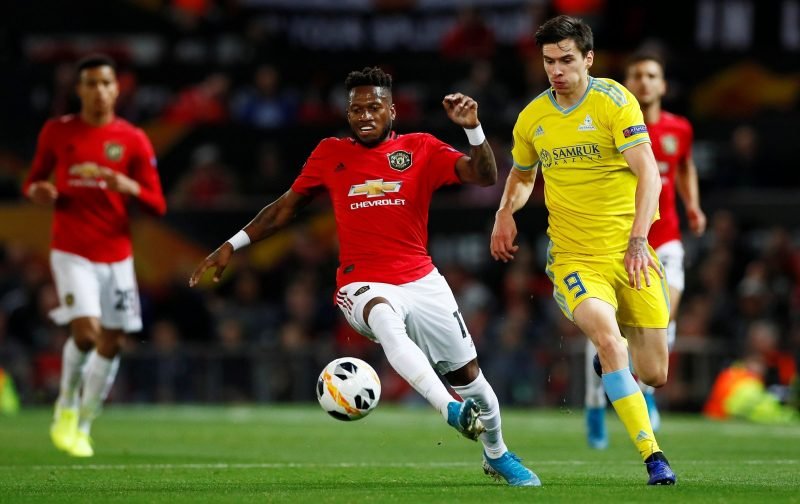 Signing a player always comes with an element of risk.

There’s always a nagging doubt as to whether the signing will be able to produce the goods in a new environment, especially if the said player is moving from one culture to another.

That figures, £47 million, remains hugely significant because it is the fifth-biggest fee Manchester United have paid for a player.

However, since arriving at Old Trafford, it’s fair to say that Fred has been hugely disappointing and hasn’t looked anything like the player we expected for such a fee.

Indeed, as reported by The Telegraph, Fred readily admits he had a troubled first season with our source reporting the player has remarked:

“My first season was difficult but that is normal when a footballer changes league.

“The Ukrainian league isn’t as strong as the Premier League. It’s faster and more physical here.”

But Fred isn’t shying away from the fact that he needs to get better and further added:

“You need to start games strongly and finish them strongly. It’s the full force for 90 minutes, but it takes time to adapt to English football when you come from Ukraine, even though I was playing against some of the best teams in the Champions League, but I believe I am adapting.

“I’m learning day by day. I feel like I’m getting better. I have a big heart. I will play better.

On reading those words it’s hard to be too harsh on the guy, but the big question remains, just how long will it be before Fred produces the goods on a permanent basis?

Answers on a postcard, please!