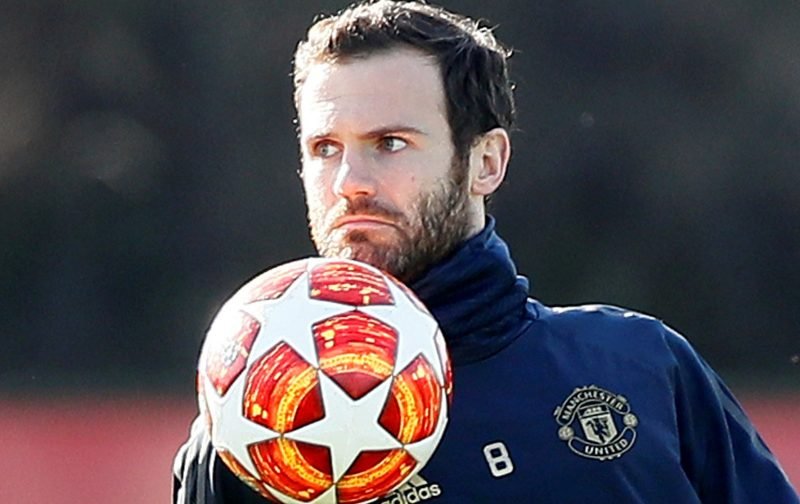 Back in January 2014, Juan Mata became a Manchester United player.

The club paid his previous club, Chelsea, a fee of circa £37 million for his services which, at the time, was a club record signing.

Some five and a bit years later, it appears that Mata’s time at Old Trafford could be coming to an end.

Mata, a popular figure with the Old Trafford support features in a bit of transfer tittle-tattle.

According to the new source, Sport, the Spaniard could be set for a return to his native Spain with Atletico Madrid, supposedly, eyeing up a move for the player.

At 30-years-of-age and with a place in the starting eleven not being guaranteed, Mata could well be tempted by a move back to La Liga.

Sometimes, when players move on, it is welcomed by the support, but if, as our referenced source is suggesting, Mata does move on, the ending of an era will see this supporter, and possibly many more, a little disappointed the Spaniard’s time at our club has come to an end.

Here at Vital Manchester United, we’ll do our utmost to keep abreast of any developments and report back as deemed necessary.