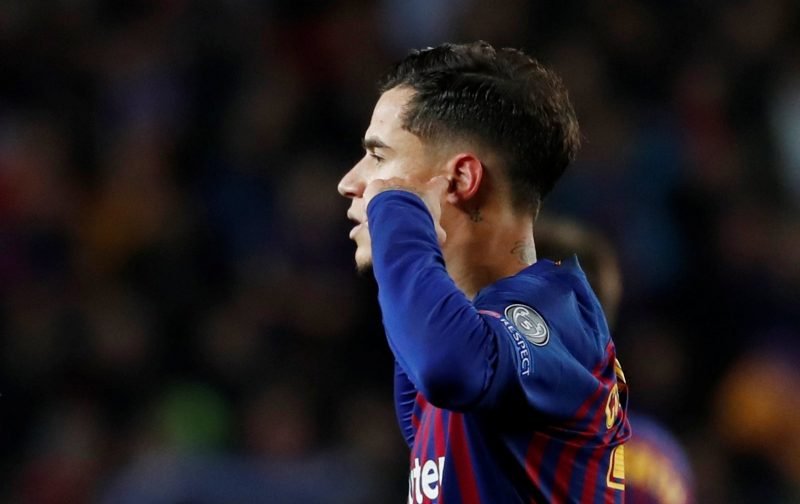 Silly money is the term that springs to mind.

With, last night, Barcelona confirming that there is a lot of hard work to be done before Manchester United can be considered to be contenders for Europe’s top prize, media speculation continues to link the club with one of the players that contributed towards United’s demise in the Nou Camp.

According to the news source, Football 365, Manchester United are interested in the scorer of the third goal last night, Philippe Coutinho.

The former Liverpool player hasn’t made the impact he, or his club, would have liked since he arrived in Spanish football and a move has been touted.

However, our referenced source suggests that despite all the speculation, they will not let the 26-year-old leave on the cheap.

Instead, our source has is implying that the Catalan giants will invoke the clause in his current contract that would require any club buying the Brazilian to cough up a staggering £355 million.

I’d expect Lionel Messi for that, wouldn’t you?

The Quarter-Final Defeat Against Barcelona Wasn’t Just Any Defeat, It Was………….