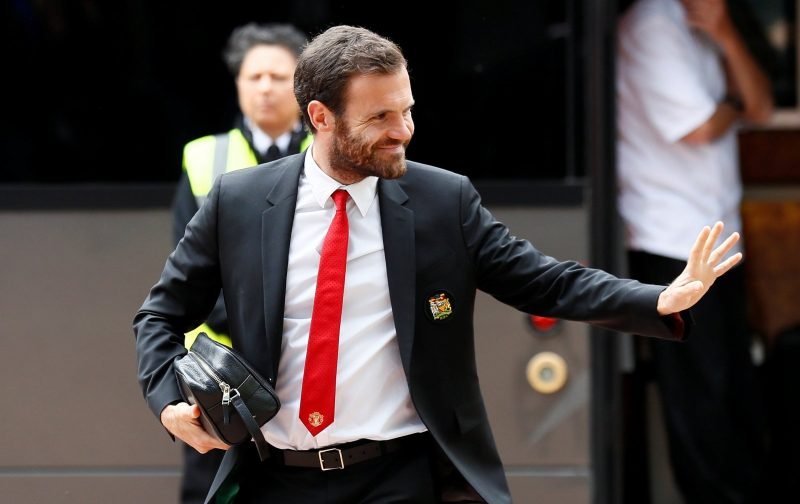 As far as footballers go, I’d suggest that Juan Mata is as close to a role model as you’ll get.

In fact, I’d be surprised if those hoping to make it from the youth ranks to the first team aren’t told to conduct themselves in a similar manner, on and off the field, as the 31-year-old Spaniard.

But, this summer, Juan faces a difficult decision.

Does he remain at Old Trafford or does he return to his native Spain?

With his contract drawing to a close, Mata has been offered a new one-year deal by the club with the option of a further year to follow.

However, according to the tabloid publication, the Mirror, the Spanish side, Athletic Bilbao, are desperate to add the midfielder-cum-striker to their squad.

Since leaving Valencia to ply his trade in the Premier League, firstly with Chelsea and then Manchester United, Mata has been a model professional but will he be tempted to return home this summer and play out the remainder of his career in his native Spain?

My feeling is that could be the scenario about to unfold!