And The Most Unlikeliest Piece Of Manchester United Transfer Speculation Of The Day Award Goes To….. 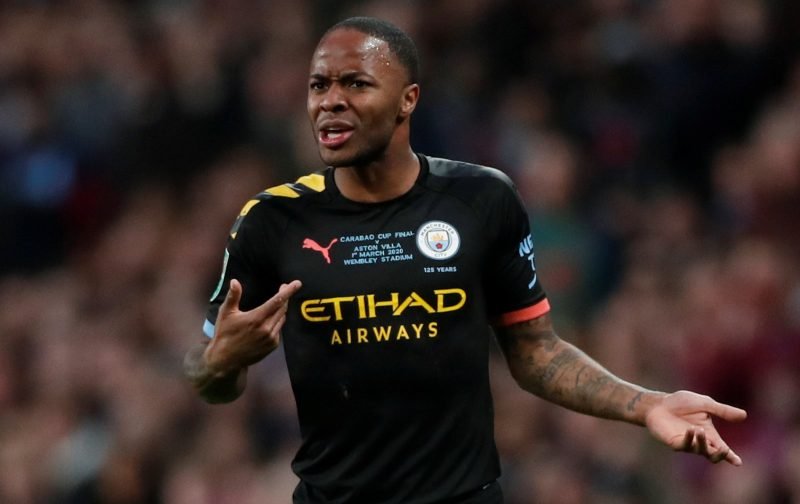 When it comes to the most surreal transfer speculation of the day, they don’t come more surreal than this piece of tittle-tattle.

According to The Independent the suggestion is being bandied about that Manchester United could make a move for Raheem Sterling if the circumstances were right, namely that the 25-year-old could become available if Manchester City’s Champions League ban is upheld.

Now, I’m not doubting that Sterling is a more than decent player, but can you see him coming to Old Trafford?

At 25-years-of-age, surely one or two seasons of not playing Champions League football could be bearable or is there something else going on behind the scenes, we may well ask?

When it comes to players who have played for Liverpool and Manchester City its fair to say that not many also end up playing for Manchester United.

Can you think of any, I can’t!

If a move is to be on Sterling’s agenda then I’m more inclined to believe he’ll end up in either Spain or Italy.

But what are your thoughts on the above subject matter, please feel free to air your views in the comment facility beneath this article.

Is Manchester United The Next Stop For This World-Class Midfielder