And The Most Unlikeliest Of Candidates To Replace Ole Gunnar Solksjaer Is? 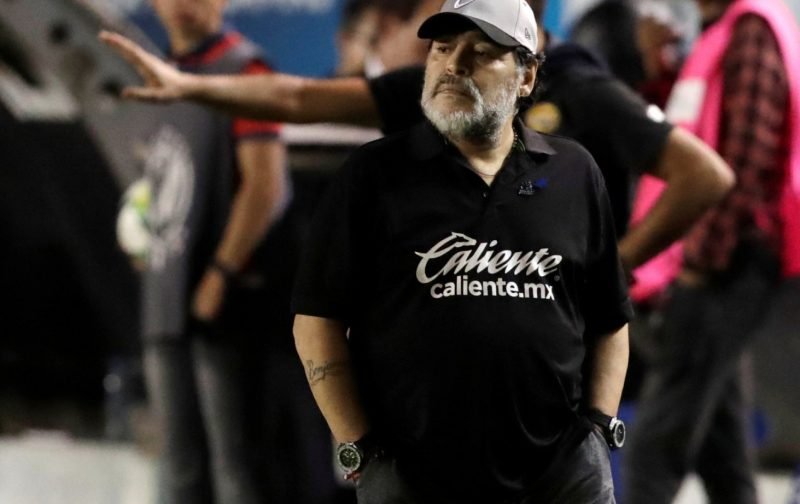 With the ink barely dry on the contract signed by Ole Gunnar Solksjaer confirming the Norwegian as the next permanent manager of Manchester United, I’ve stumbled across something a little perturbing.

Here at Vital Manchester United, we’re expecting the Manchester United hierarchy to give Solksjaer every opportunity to restore the club to its rightful place at the head of the table when it comes to English football.

But, already, one big name of the world game is championing his cause to be the successor to Solksjaer.

According to the news source, the FourFourTwo Diego Maradona reckons he should be managing our fine club.

Maradona a colourful character, to put it mildly, is currently in charge of the Mexican second division side, Dorados, hardly an appointment that would promote his CV above other candidates when a vacancy might arise.

The mind boggles as to what might happen if such a move were ever to materialise, but instead of pondering over what kind of Armageddon we’d find ourselves in I’ll just offer a wry smile at the preposterous nature of very suggestion.