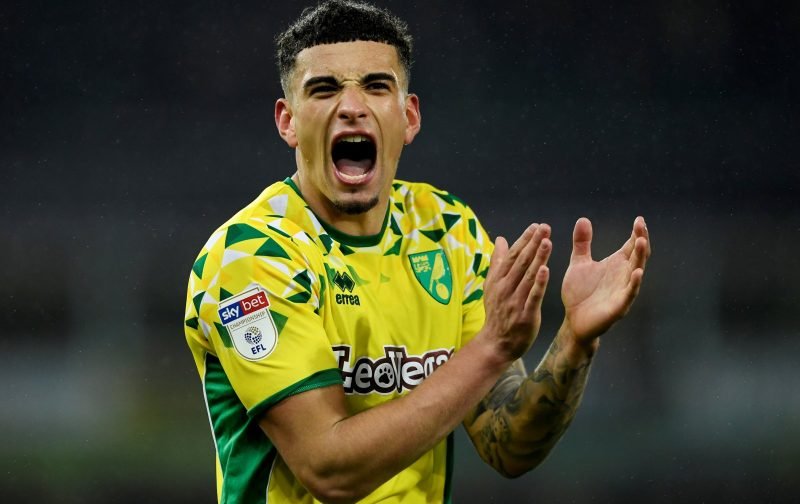 Has our scouting system unearthed a gem?

Yesterday, as the speculation linking Manchester United with the acquisition of another centre-back peaked, we comprehensively covered Click Here, those names being suggested by the various media sources.

Most of the names quoted in our round-up would if they were to come to Old Trafford, involve a hefty transfer fee.

Today, another name has been thrust into the limelight, but it is a player who wouldn’t cost Manchester United a fortune.

According to the red-top publication, the Sun, Manchester United are showing an interest in the 21-year-old Norwich City defender, Ben Godfrey.

Our referenced source covers the fact that United sent scouts to watch the young centre-back when Norwich played Rotherham and witnessed the youngster not only giving a solid defensive display but also seeing him netting the winning goal, thereby keeping Norwich’s promotion hopes on track.

Since being selected for the Norwich City first-team, earlier this season, Godfrey hasn’t missed a single minute of action and Manchester United could snap up the player for as little as £10 million, a fee that makes any proposed deal far from being a gamble.

In an era where clubs are used to spending big on bringing in star names, it’d be a refreshing change to see Manchester United pick up a player who has the potential to become a great for a modest fee.

Here’s hoping the deal can be pushed through in the summer.