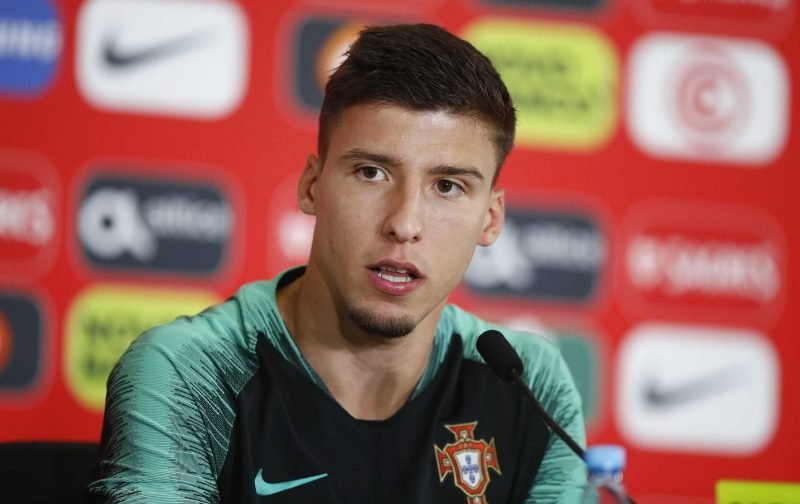 Although the opening of the summer transfer window is still several months away, the intrigue is building as to who Manchester United will try to sign to bolster the heart of their defence.

Earlier this week, we reported Click Here, on how the solution could be closer to home than we perhaps imagined.

However, today, a different scenario is emerging.

The good folk of the red-top publication, the Sun, are reporting that Manchester United’s attention has switched back to Lisbon with the Portuguese defender, Ruben Dias, firmly in their sites.

Dias, just 21-years-of-age, is on the books of Benfica and although still classified as an emerging talent the defender has captained the club who currently lead the Portuguese top-flight.

Our referenced source, reports that Manchester United sent scouts to Croatia this week to watch Dias in European football.

Here at Vital Manchester United, we’ll keep a close eye out for any further developments as the club look to bring, to Old Trafford one of the most talented young defenders on the continent.

Is Ruben Dias the solution to our perceived central defensive problem?

Your views on the above subject matter would be greatly appreciated in our comment facility beneath this article.