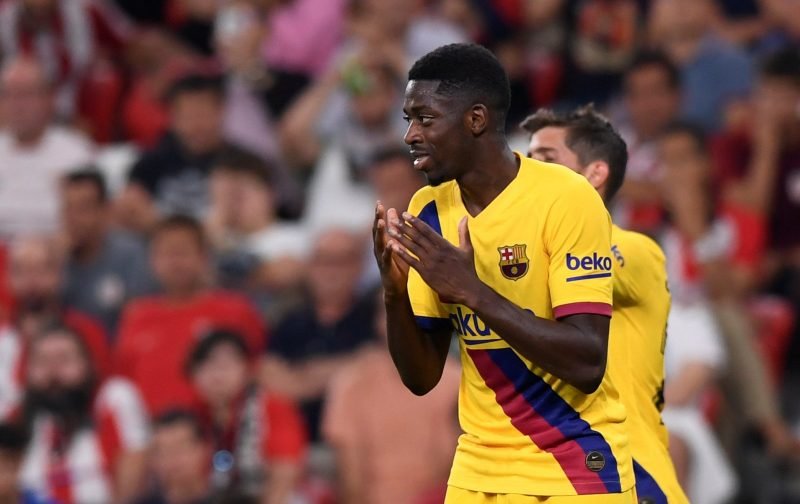 Earlier this week, speculation emerged implying that Manchester United were looking to bring the Lyon striker, Moussa Dembele, to the club.

It was something we covered in our article, duo-linked-with-a-move-to-manchester-united-in-the-january-transfer-window.

However, today another source, The Manchester Evening News, is inferring that Manchester United may be looking to add a player to the squad who has the same surname, Dembele.

On this occasion, the subject of the speculation is the Barcelona winger Ousmane Dembele.

The 22-year-old French winger is seen as a player who could give the Manchester United attack that something extra it has been lacking whilst also providing extra depth to the squad, in an area that has been depleted by sales, loans and injuries.

But, with Barcelona having paid Borussia Dortmund €105 million-plus a reported €40 million in add-ons for the player two years ago, we’re pretty certain any possible acquisition won’t come cheap.

However, it is another piece of speculation that has caught our attention and something we can keep an eye out for in case there are any further developments.