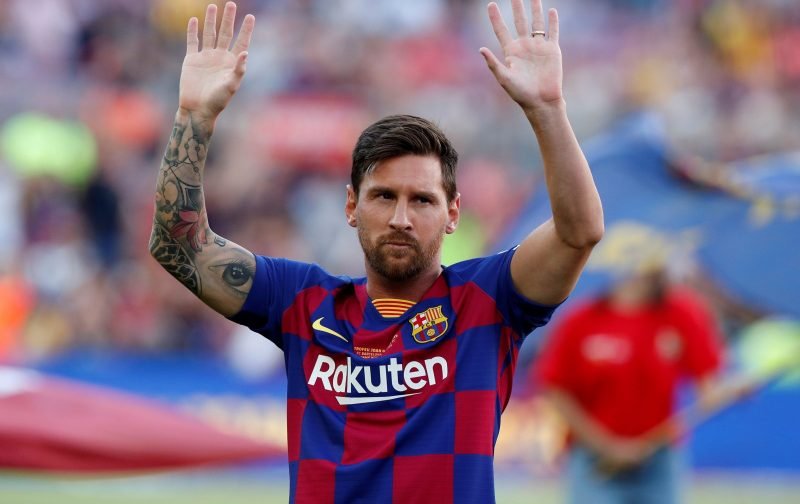 As far as possible transfer speculation goes, this piece is enough to blow your mind.

It comes courtesy of two news sources based on mainland Europe who have put into print that, arguably, the best footballer on the planet could very well be available on a free transfer next summer.

According to the French source, lequipe, none other than Lionel Messi could be set to leave Barcelona if he so wishes.

Seemingly, the 32-year-old Argentine international has a clause in his current contract, as also inferred by the Spanish news source, marca, that he can leave the club, if he so wishes, next summer for pastures new.

Furthermore, the source above also goes on to suggest that Messi is free to negotiate with any club of his choice from 1st January 2020.

Now, I wouldn’t normally advocate Manchester United chasing someone who is the wrong side of thirty-years-of-age but on this occasion I’ll make an exception.

Can you imagine the impact Manchester United signing Lionel Messi would, both on and off-the-pitch, make!

I guess I can but dream!